About the Civic Orchestra of Chicago 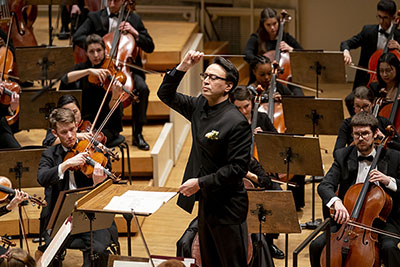 The Civic Orchestra rehearses and performs at historic Symphony Center in downtown Chicago. The mainstage concert series consists of approximately seven free performances in Orchestra Hall, as well as two or three performances in neighborhood venues including the South Shore Cultural Center and Chicago Public Schools. In addition, Civic Members may audition for the Chamber Music Program, and the Civic Mentors Program, which includes coaching of youth in Chicago area school bands and orchestras.

In general, each month of the season includes a concert cycle that’s comprised of approximately five rehearsals and a performance at Symphony Center or a neighborhood venue. As part of each cycle there are sectionals with CSO Coaches. Most rehearsals take place in the evening from 7-10pm on weekdays and during the day on weekends, and the majority of concerts occur on Monday’s at 8pm.

Periodically throughout the season Members also participate in workshops with guest clinicians, master classes, and select education and community engagement programming of the Negaunee Music Institute. Each Member is required to play a placement audition at the start of and midway through the season. 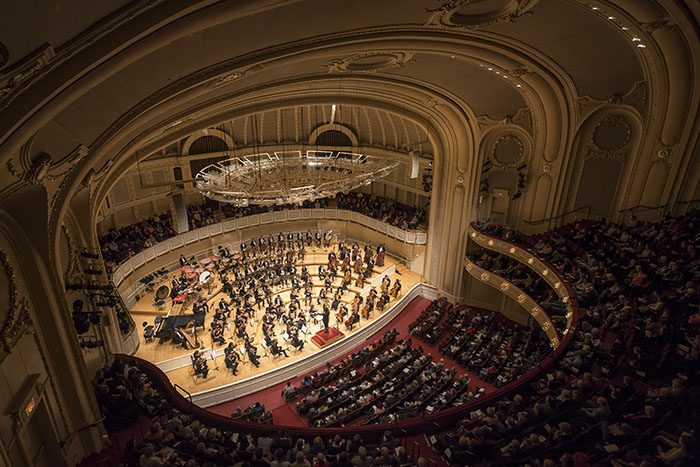 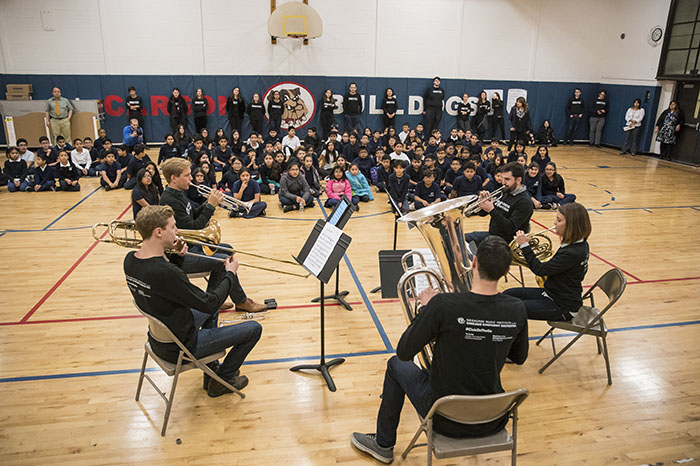 Attend concerts at Symphony Center and in communities across the city.
Explore more

Meet the members of the 2021/22 orchestra.
Explore more

Audition for the Civic Orchestra

Ken-David Masur has conducted distinguished orchestras around the world and prioritizes music education and working with the next generation of young artists.
Explore more
Share the joy of music
Give today